Concerts in the Park 8/28: Jerry Zybach and the Blues Kats

Name: Concerts in the Park 8/28: Jerry Zybach and the Blues Kats
Event Description:
Brought to you by the Cottage Grove Area Chamber of Commerce, through sponsorship provided by Chamber Member Businesses.
2019 Season Sponsor

Jerry Zybach and the Blues Kats 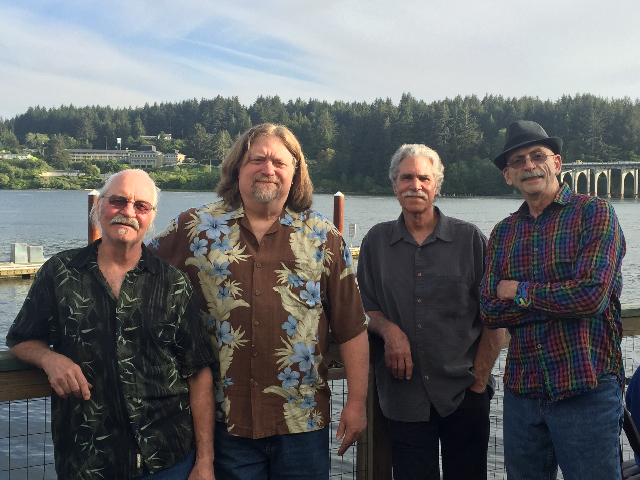 The Blues Kats are a well loved group of local, seasoned musicians that have been performing blues, rock, and country music throughout their careers. The band formed to put out great rockin’- boogie-blues-funky-down in the alley-from the heart music.
Jerry Zybach: Guitar, Bass and Vocals, is an award winning blues artist known throughout the US and Europe for his soulful slide, rhythm/lead guitar, and powerful vocals

John Bryson : Harmonica –Vocals, is a Rooster blues award winner who grew up in the Eugene area and learned his first harp chops from Curtis Salgado and Bill Rhodes. John has played throughout the Northwest.

Mike Hatgis: Bass-Vocals, originally from New York, toured with oldie greats, The Platters, The Drifters, and The Coasters, and a first call bassist in the local area.

Danny Miller: Drums–Vocals, also a Rooster award winner, originally from California. Danny has played all over the Northwest and California, and is an “A” list drummer.